The group of students will be split into two teams, and spend the next six weeks collectively covering the distance of Land’s End to John o’Groats, in aid of the Ruth Strauss Foundation and Opening Up Cricket. The two charities for the year were chosen by the students following research during their induction, with this event the first fundraiser.

Both charities are significant within the cricket sector. The Ruth Strauss Foundation was set up following the death of the wife of Sir Andrew Strauss, the former England cricket captain, and aims to provide emotional support for families to prepare for the death of a parent from cancer, and raise awareness of the need for more research & collaboration in the fight against non-smoking lung cancers.

Meanwhile, Opening Up Cricket is a charity formed in response to the death of amateur cricketer who took his own life, and aims to promote positive mental health in the sport by running sessions with local cricketers in the hope that more conversation about this topic could prevent further tragedies. 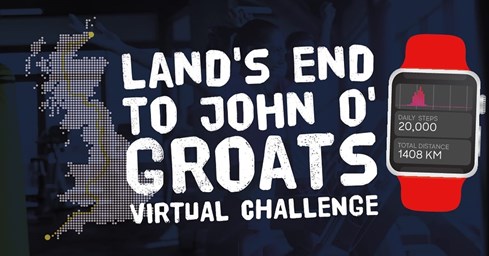 Myerscough Cricket Preston Head Coach and Programme Leader in Cricket Studies, said: ‘’This will be the first of a series of challenges during the academic year and will be an enjoyable test of the fitness of the students, which we’ll be able to monitor using the Strava app.

‘’I will also attempt to cycle the full length of the challenge in the same time, so it’s a personal challenge for me too.

‘’The two charities we’re raising money for are both great causes and were chosen by the students after a ‘Dragons’ Den’ style process where they had to present a number of charities and sell to the group why they should be supported.

‘’We’re really looking forward to it and can’t wait to get going.’’